According to Sheriff Bobby Webre, deputies responded to the intersection of Railroad Street and Braud Road in Sorrento in reference to a shooting on Tuesday, March 3 shortly before 4 p.m.

Upon deputies arrival it was learned that a male subject, later identified as 29-year-old Rodney Butler, fired a gun at multiple victims striking their vehicle.  No one was injured during the shooting; however, two victims were in the vehicle when the shots were fired.

A short while later, Butler turned himself into authorities and admitted to shooting several rounds aimed at the victims.

As the investigation continued, it was learned that one of the victim’s threatened Butler and his mother a week prior and an argument ensued which resulted in Butler firing several rounds at the victims.

Butler, of Weber City Road, Gonzales, was charged with three counts attempted second-degree murder, three counts aggravated assault with a firearm, illegal use of a weapons, and aggravated damage to property.

He was booked on March 3 at the Ascension Parish Jail where no bond has been set yet. 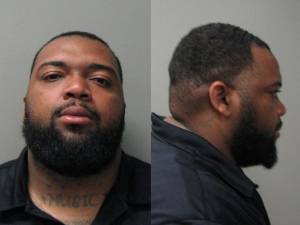